It began like a pain unlike any other. In 2009, and during my sophomore year of college, I was sitting in class when the shooting pain down my back began. It was as if someone took hot metal spikes and drug it slowly down my spine. Terrified, I never told anyone what I was going through for a few days. I tried everything to numb the pain, including soaking in scalding hot showers just to get a moment’s sleep. Then my legs started to become weak.

Terrified, I called my mom and made plans to see a neurologist for an MRI.  The MRI revealed that my entire spine was inflamed, and I would need to be hospitalized to receive steroid treatments immediately. As my family was in Virginia and I was a student at the University of Alabama, there was nothing I wanted more than to go home. With my mother flying south to escort me back to the Commonwealth, I packed my bags for what I thought would be brief hospitalization.

The plane ride back was unbearable. The pain was getting stronger, and I could hardly catch a breath. When we finally arrived to the hospital I was taken to have a CT scan, which revealed blood clots in my left leg and both lungs. I spent the next two weeks heavily medicated and on bed rest. All the while, my spinal inflammation was never dealt with. On the day I was discharged, I was diagnosed with MS and sent on my merry way. The next morning, I woke up in my childhood bed paralyzed from the waist down.

After arriving back to the hospital, I finally began treatment I should have received weeks ago. By the grace of God and new doctors, I was told I did not have MS and was diagnosis with transverse myelitis. After receiving the standard in-hospital TM treatment, I was moved to a physical rehabilitation hospital. I praise my mother till this day for never telling me I went there to learn to live my life in a wheelchair. After a few stressful weeks, I moved a toe and my progress skyrocketed to where I was able to walk out on the day of getting discharged.

Many of my tests came back negative, and doctors could not pinpoint the cause of my TM. I continued steroid treatment with an oral form of chemotherapy for eight months, as my legs grew stronger. Realizing how fortunate and blessed I was to thrive during a dark time, I wanted to live a completely normal life. I received my Bachelor’s and Master’s degree from Virginia Commonwealth University. From wine nights and shopping to spin class and traveling, I was living a beautiful life. That was until I was thrown another curve ball. While on a trip to Hawaii this summer, my legs began to tingle non-stop. I waited to come back to the mainland before visiting my neurologist, who ordered yet another MRI. Exposing my worst fears, the transverse myelitis returned and I would be admitted to the hospital once again.  Starting over the steroid and chemo cocktail, I prayed we would find the cause this time. A week later I was discharged, without answers, still hopeful for the future. Then in August, a month later, I received the phone call I was waiting for.

“You have neuromyelitis opitca.” That is the only thing I heard when my neurologist called to tell me I tested positive for the disease (unlike during my first episode). Surprisingly, I felt relieved. After four years of the unknown, I finally had a diagnosis! The next few weeks felt like a whirlwind of appointments and scheduling for my first infusion of Rituxan. This week, I will receive my second infusion and then every sixth month for the rest of my life or until a cure is found.

While my story is filled with endless ups and downs, I wouldn’t trade it for another. It has made me into the person I am today: a fighter, a go-getter, a glass half-full enthusiast, and a believer in finding a silver lining.  Sure it could be easier to give up and pout about how hard it is to live with a potentially debilitating disease, but what kind of life is that? By finding beauty in the rarity of this disease, I embrace NMO knowing that it will not control my life. I know things won’t always be easy, but with a glittering outlook and a golden support team I know I can conquer anything. 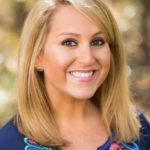 lyson is living in North Carolina as the Director of Marketing and Public Relations at the Outer Banks Wedding Association. Sheis on a treatment plan of steroids and Rituxan, and will visit John Hopkins Hospital in Baltimore, MD in February for treatment validation. While she continues with daily battles of NMO, Alyson never gives up to become the lady she has always dreamed of.

Check out this documentary that featured Alyson’s story – https://www.youtube.com/watch?v=6ZB4aFu6AV0